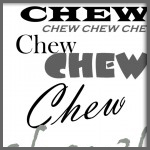 The trend in our society is to do everything in a hurry and many Americans report that they feel rushed on a daily basis.  Regretfully, this often carries over to our nutritional practices as well.  I read recently that Americans now eat 1 out of 5 meals (that’s 20%!) in their cars.  I remember, as will many of you, being scolded by my mother for eating too fast.  I was the youngest of four boys.  Breakfast, lunch, and dinner were by no means times to sit down, talk, and socialize as a family, they were times to eat.  I imagine we looked like pigs bellying up to a trough during those meals.  At times, I still find myself eating too fast and have also wondered if the speed at which we eat impacts the number of calories we consume.  It looks like research is starting to address that very question.

An interesting study conducted by Andrade and colleagues (2008) and published in the Journal of the American Dietetic Association examined number of calories consumed and satiety (the feeling of being full and satisfied after a meal), in participants who either ate a meal quickly (in 8 minutes) or slowly (in 29 minutes).  The authors results showed that research participants who ate fast consumed on average 645 calories, whereas those who ate more slowly consumed 579 calories.  Interestingly, those participants who ate slower also consumed more water during the meal, 409 grams of water verses 289 grams for those who ate quickly.  The slower eaters also rated the meal as more satisfying and pleasant.  So, there appears to be a number of benefits to eating slower, though I imagine the scolding I received from my mother for eating too fast came from a fear of choking.  One of the reasons we might eat less when we eat slowly is that it takes about 20 minutes for our body to signal itself when it is full.  My advice is to slow down, enjoy your food, and you will likely take in fewer calories. 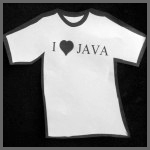 I’m very much like 100 million or so other Americans in that I drink coffee on a regular basis.  I think we all know someone (like me) who doesn’t function all that well in the morning until about cup number two or three.  Much to my dismay, I remember years ago hearing reports of how drinking coffee could increase the risk for cancer and heart disease.  There has been a tremendous amount of research conducted on coffee.  I recently performed an electronic search through the library for scientific references using the word “coffee” and came up with nearly 23,000 hits.  In a nutshell, the thousands of studies conducted on coffee suggest there are far more health benefits related to drinking coffee than there are risks.  Taylor and Demmig-Adams (2007) published a review article on the health risks and benefits of coffee drinking.  The authors concluded that “The most currently available evidence suggests that coffee drinking can help reduce the risk of several diseases, most notably type 2 diabetes, Alzheimer’s disease, and Parkinson’s disease, although the underlying mechanisms for this effect are still being investigated”.  Other review articles have come up with very similar conclusions.  Other studies also suggest that drinking coffee can help reduce the risk of certain cancers and even heart disease.  One of the reasons coffee may be beneficial for health is that it is loaded with antioxidants.  Antioxidants are molecules that help prevent healthy cells in our body from being damaged.  Even with all the benefits of coffee, there can be a downside to drinking it.  For some, coffee can cause the jitters or the shakes, can increase heart rate, and can result in higher levels of anxiety or nervousness.  Also, those who are pregnant, have hypertension, are at risk for osteoporosis, or have epilepsy should talk to their doctor about drinking coffee.