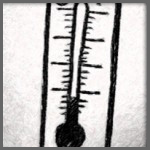 True or False – You should not eat after 9 P.M. because the calories are usually stored as fat 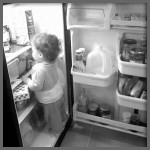 In past generations many families held to a consistent dinnertime.   Now, the typical evening of the American family is much more complicated.  It often involves parents chauffeuring one or more of their children to extracurricular activities and events, making it difficult to eat at the traditional dinner hour.   In an article entitled “Impact of the daily meal pattern on energy balance”, France Bellisle states “The development of the obesity epidemic has coincided with the loosening of traditional meal patterns, and it seems legitimate to ask whether this has any impact on the energy balance of individuals and their ability to control weight”.  Specifically, there is a question of whether eating late at night contributes to weight gain because of how the body treats those calories.  There is a common misconception among many that calories eaten in the evening (say at 9:00 or 10:00 pm) are more readily stored as fat.  It seems completely logical that food eaten in the morning will be burned up by our daily activities, while calories consumed just before bedtime will not have the same opportunity, and therefore be turned into fat.  There are times when even health professionals have perpetuated this popular myth.  However, I could find no evidence in the medical or nutritional literature that would suggest that the body digests and stores calories any differently in the morning or at night.  Most nutrition experts agree that what is important is the number of total calories eaten per 24 hour period, regardless of at what time of day they are eaten.  The question may not be when are we eating, but how much are we eating?  It really gets down to calories in vs. calories out.  Simply put, if you consume more calories than you burn, you will gain weight.  If you burn more calories than you consume, you will lose weight.  It is a simple equation, but certainly a challenge to accomplish. 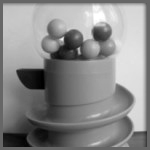 Many were told never to do it, most did it anyway, that is they swallowed a piece of chewing gum.  This maybe the most perpetuated health myth of all time.  The parental information that is usually shared with young children to deter them from swallowing gum is that gum is not digestible (which for the most part is true) and remains in the stomach or intestines where it can turn into a huge ball of sticky goo and plug up the digestive system (which for the most part is not true).  People have chewed gum type substances, usually resin from trees, for thousands and thousands of years.  It wasn’t until the 1840’s that a businessman noticed loggers chewing tree resin and tried to mass produce and market the resin as gum, but ultimately couldn’t find adequate supplies of the resin.  Then in the 1860’s a Mexican general with the help of a New York inventor, identified a chewing gum base that became very popular.  It is this gum base that makes gum chewy, which is not broken down in the system, but ultimately passes through the digestive system in about the same amount of time as other ingested materials.  It is reported that swallowing gum can result in adverse effects such as diarrhea, gas, and stomach discomfort (Milov et. al., 1998).  These authors even reported the cases of three children who had masses of gum removed from their digestive system.  However, in one case a 1 ½ year old girl had swallowed a number of coins that was entangled with the gum, and the two other cases were of four year old children who habitually swallowed 5 or more pieces of gum a day.  So, even though there are reported cases of masses of gum being removed from the intestinal tract of children, these cases are extremely rare and usually involve large quantities of gum swallowed. 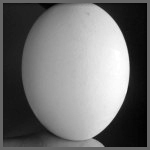 Could losing weight be as easy as increasing the amount of protein you eat?  I do a fair amount of reading when it comes to nutrition and have to say it can be very confusing to try and figure out how much protein we should be taking in.  If you read bodybuilding and power lifting magazines, it is common to see recommendations that we should be taking in 1 or 2 grams of protein per pound of body weight.  On the other hand, many nutritionists and registered dietitians say that we Americans take in more protein than we need.  Whether we get too much or not enough protein, the question of whether protein increases our metabolism more than fats or carbohydrates is an interesting one and one that is getting more attention these days.  It turns out that protein actually does increase our metabolism more than fat or carbohydrates do.  In a review article published in the Journal of the American College of Nutrition, Halton & Hu (2004) examined previous studies that looked at whether protein increased the thermic effect of food, which they described as being the energy required for digestion, absorption, and disposal of ingested nutrients.  It is generally accepted that the thermic effect of protein is 20-30%, compared to 5-10% for carbohydrates, and 0-3% for fat.  Halton and Hu concluded that “Convincing evidence exists that protein exerts an increased thermic effect when compared to fat and carbohydrate.  The increased amount of energy attributable to this thermic effect is probably too small to have a visible effect on weight loss in the short term, but over periods of months or years, this difference may become significant, both clinically and statistically.”  So even though your body will burn more calories breaking down and absorbing protein vs. carbohydrates and fats, it is not a tremendous amount and will likely have little impact on weight in the short term.