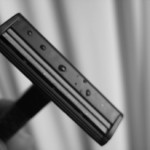 Many years ago when I was in middle school one of my best friends helped himself to one of his father’s razors and a can of shaving cream and started shaving his chest.  He told me that he had heard from someone in high school (always a reliable source of valid health information) that shaving causes hair to grow.  After a few weeks of shaving one to two times a day and seeing no results, he abandoned his quest to speed up the process of entering into manhood.  There are a number of interesting reasons why people might believe that shaving causes hair to grow back thicker.  First, the base of hair or the part closest to the skin is the thickest.  So following shaving, some might mistakenly think their hair actually appears thicker.  Additionally, after you shave, the stubble has a blunt end or tip which can be rough (hence the term stubble) and give the appearance of being thicker.  Some have even speculated that another factor that may have contributed to this myth is the fact that when we first start to shave when we are young, our hair is relatively thin, but it gets slightly thicker (this occurs naturally) as we get older, however this is not due to shaving.  Finally, hair might actually appear slightly darker following shaving as the dark stubble is contrasted against the skin.  Research on shaving and hair growth dates back to the 1920’s and does not support the idea that shaving causes hair to grow back thicker.  Lynfield & Macwilliams (1970) conducted a study in which they studied whether shaving impacted the weight, length, and width of hair.  These authors concluded that “No significant differences in rate of hair growth, either in length or weight, and no coarsening of individual hairs, could be ascribed to shaving”.

True or False – A dog’s mouth is cleaner than a humans? 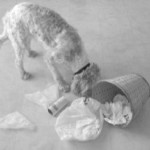 My wife and I have always had dogs, and at times, we have had up to three of them.  So, we have plenty of stories of the interesting things dogs eat and do with their mouths.  For example, one day I had our cute little Cavachon (Scout) on a walk out in the woods on a sunny winter day.  The snow was fairly deep so we followed deer trails as we walked.  I’d estimate that by the time we completed our two hour walk, Scout had consumed his body weight in deer droppings.  He devoured those little delicacies like I devour chocolate covered coffee beans.  On another occasion in the summer, he emerged from under a bush with a bird carcass that was badly decomposed and rancid.  Given their eating habits, is it even remotely possible that a dog’s mouth could be cleaner than a human’s?  The simple answer is no.  This myth may have come about as people frequently see dogs lick their wounds, which wounds rarely get infected.  It’s possible that the constant licking helps clear away dead tissue on a wound and that might help promote healing, but a dog’s mouth is by no means “sterile” as some think.  One study by Rayan and colleagues (1991) compared human and animal mouth flora (flora is the total amount of bacteria and other microorganisms in or on the body).  Following their study, the authors concluded “Human oral flora contained the smallest number of bacteria followed by dog and cat oral flora, respectively”.  It seems logical, since most humans brush and floss their teeth once or twice a day, and unlike humans, dogs will eat almost anything they find.  However, many bacteria are species specific, so you’re more likely to get sick if you kiss your son or daughter than if you kiss your puppy. 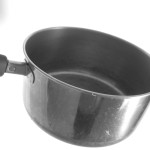