True or False – The biggest shopping day of the year (in dollars spent) is the day after Thanksgiving? 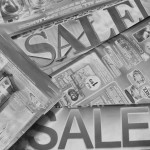 The Friday following Thanksgiving is known as Black Friday. Many consider this day to be the

“official” beginning of the holiday shopping season. It is common for stores to run huge promotions on Black Friday, sometimes slashing prices on large ticket items to get shoppers into stores. I’m someone who loves to read the paper and have a few (too many) cups of coffee in the morning. I’m always amazed by the size and weight of the paper the morning after Thanksgiving, due to the flyers and advertisements alerting potential shoppers of the deals that await them. It is also common to see news stories focusing on the hoards of shoppers often lined up in front of stores at 4 or 5 am waiting for the doors to open so they can get their deals. Regretfully, we also hear about fights, injuries and less commonly, even deaths associated with Black Friday. In 2008, an employee at a Wal-Mart was trampled to death as shoppers broke through the stores doors before the scheduled opening time. With all the attention given to Black Friday, it is easy to see why people might think it is the biggest shopping day of the year. Snopes.com, an urban legend website which is widely known for debunking myths and misconceptions, reports that Black Friday may be the day the greatest number of shoppers are visiting retail stores and shopping malls, it is not the biggest shopping day in regards to dollars spent. Traditionally, the day shoppers spend the most money is the Saturday before Christmas. I have to confess, that is the day I usually do ALL of my Christmas shopping, alongside many other people! So why the term Black Friday? Supposedly the term started to be used in Philadelphia in the 1960’s to describe the increased number of people and cars on the streets following the day after Thanksgiving. However, it is also often reported in the media that the term refers to the day that stores start to turn a profit (get into the black) in regards to their sales.