True or False: The timing of conception often determines the gender of your baby? 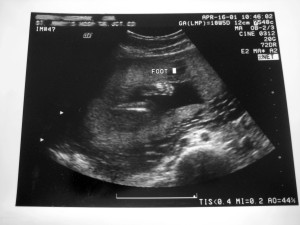 I think it’s interesting that some couples try so hard to influence the potential gender of their children. There are supposedly lots of things that can impact whether conception results in a boy or a girl being born. The Chinese have a gender selection chart, or calendar, which suggests that conception occurring on certain days of the year will result in either male or female babies being born. Other possibilities include selecting certain positions during intercourse, eating certain types of foods, and even sleeping in certain positions. Medical personnel agree that the gender of a child is determined when a single sperm cell fertilizes an egg. The egg always carries an X chromosome while a single sperm can carry either an X (girl) or Y (boy) chromosome. So if a sperm cell that fertilizes an egg is carrying an X chromosome, a girl will be the conceived whereas a boy will be conceived if the sperm cell that fertilizes an egg is carrying the Y chromosome. Studies have shown that sperm with a Y chromosome (boys) are faster swimmers, but are not as strong and don’t live as long as sperm with an X chromosome. If you consider that conception usually occurs close to ovulation (most estimate a two to ten day range), it would stand to reason that timing could be a factor. For example, if intercourse occurs further away from ovulation, the sperm with the girl chromosome would likely have the advantage, due to a longer lifespan. However, this is not supported in the medical literature. The authors of one study published in the New England Journal of Medicine (1995) examined this topic and reported, “However, we found no association between the sex of the baby and timing of intercourse in relation to ovulation. We conclude that the deliberate timing of intercourse around the day of ovulation has no practical value in sex selection.”

Wilcox, A., Weinberg, C., and Baird, D. Timing of sexual intercourse in relation to ovulation: Effects on the probability of conception, survival of the pregnancy, and sex of the baby. New England Journal of Medicine (1995), Vol 333, pp. 1517-1521.

True or False: You lose more heat through your head than any other part of your body? 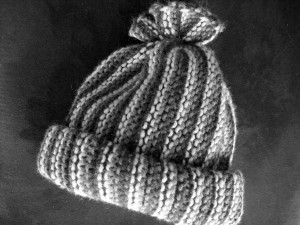 I regularly hear people talk about how we should keep our heads covered when we are in the cold because we lose lots of heat through our heads. I’ve heard numbers like fifty or even as much as seventy-five percent of the heat we lose is lost through our heads. The head makes up roughly eight to ten percent of the total surface area of the body, and heat loss through our head usually accounts for roughly eight or nine percent of the total amount of heat we lose. An interesting trend of late is men with any sign of hair loss or balding completely shaving their heads. When you see a shaved, completely bald and rounded shiny head, I can see how you might think that this would be an easy way for heat to leave the body. However, when we are in cold environments we will lose heat from any exposed areas of our bodies; the heat loss is about the same whether it comes from the head, arms, torso, or legs. It is true that the head and scalp have a very healthy blood supply; you’ve probably realized that if you’ve ever had a laceration or cut on your head or face—lots of blood! This might be one of the reasons that people think we proportionally lose more heat from our heads. Other reasons might include some early flawed military studies and statements about excessive heat loss through our heads in an army survival manual. One way researchers study this is to immerse participants’ heads in cold water and monitor body temperature. In a study by Bristow and colleagues (2006) published in the Journal of Applied Physiology, the authors state, “In conclusion, whole head submersion in seventeen degree water did not contribute relatively more than the rest of the body to total surface heat loss.” Ultimately, it’s not a bad idea to keep your head covered when you are out in the cold because it might help keep your ears from getting frostbitten, but remember that you don’t lose more heat through your head compared to other parts of your body.