True or False: It takes twenty-one days to develop or break a habit? 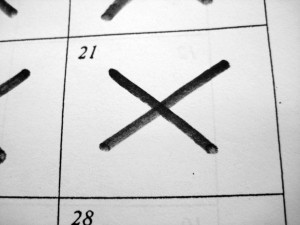 Most of us have habits we would like to change or can think of things we should be doing more consistently to improve our lives. Some of us would like to quit smoking, maybe become more active, eat more fruits and vegetables, floss our teeth on a regular basis, or even turn the television off and challenge our children to a game of chess. It’s a common belief that if you can change a behavior for twenty-one days, it will likely stick. Just for fun, as I often do, I searched the internet to see what was out there on this topic. I came across this from someone who really believes it takes twenty-one days to develop a habit: “In order to ensure behavior change, experts agree that it takes a minimum of twenty-one days to change a behavior.” The “to ensure” and “experts agree” portions of this statement were very interesting. I immediately thought of my father, who quit smoking cold turkey after thirty years of smoking one to two packs of cigarettes a day. He changed his behavior in a day and has never smoked since; that was about thirty years ago. I also think of many friends and acquaintances who were able to stop smoking, drinking, or gambling for more than twenty-one days only to fall back into their old addictive behaviors, sometimes even after months or years had gone by. Most of us know individuals who start an exercise program and do it religiously for weeks or months, only to eventually fall back into their sedentary lifestyle. An article by Webb and colleagues (2009) on breaking unwanted habits explored some strategies for changing unwanted behaviors; it also mentions factors that might make breaking those habits more difficult. I could find no reference, however, to the idea of its taking twenty-one days to either develop or break a habit in this article or any of the other scientific articles I reviewed. 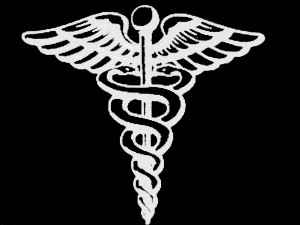 I generally don’t take an alarmist approach to the topics I cover and write about, and I have to admit that I’ve not thought much about complications and deaths caused by the errors of physicians, nurses, and other health care professionals. However, since the Institute of Medicine (IOM) released a report in 1999 entitled To Err Is Human: Building A Safer Health System, it seems that more people are taking a closer look at this topic. The IOM report stated that at least 44,000 people, and perhaps as many as 98,000 people, die in hospitals each year as a result of medical errors that could have been prevented. In contrast, National Highway Traffic Safety Administration statistics show that in 2008, 34,017 people died in motor vehicle accidents. The IOM report defined medical errors as the failure of a planned action to be completed as intended or the use of a wrong plan to achieve an aim, and claimed that these errors cost the country seventeen to twenty-nine billion dollars annually. It’s hard to imagine that in a country as advanced as the United States so many deaths are attributed to medical errors in hospitals. When most people think about the health care system in the U.S., they generally think that it is one of the best systems in the world. However, organizations that rank health care systems from various countries don’t show that to be the case. For example, the World Health Organization has ranked the U.S.’s health care system thirty-seventh out of 191 countries. Medical errors can be attributed to sloppy handwriting, lack of communication among healthcare providers, inappropriately prescribed dosages of medication, and many other scenarios. To help reduce the chance of a medial error occurring to you, make sure that you communicate well with your physician, get all your health related-questions answered, and get a second opinion if you are not feeling comfortable with the advice you are being given.