True or False: There is a link between the full moon and bad behavior in humans? 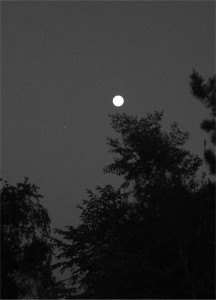 If I were to base my response to this myth on what occurs in television shows and movies, the answer would be a resounding “yes!” TV shows and movies frequently have werewolves, zombies, and many other undesirables coming out during a full moon to engage in their sinister activities. These media outlets also exaggerate the amount of crime and abnormal human behavior that occurs during a full moon. This idea that the moon triggers a wide variety of deviant behavior in humans has been with us for many years. Consider that lunacy, which means insanity, is derived from the Latin word “luna” for moon. The full moon is frequently associated with or blamed for things like murder and other crimes, alcoholism, epilepsy, arson, natural disasters, suicide, and mental illness. It is also common for people to think that the moon influences things like the weather, fertility, and birthrates. We frequently read about police officers, paramedics, nurses, and physicians believing that crime rates increase and emergency room visits skyrocket during periods of a full moon. However, this belief is not supported by scientific studies. A few of the many studies that have been conducted on this topic have shown a relationship or association between the full moon and bad behavior, but the overwhelming evidence suggests there is no correlation between the two. Rotton and Kelly (1985) reviewed thirty-seven studies on this topic in an article published in the journal Psychological Bulletin and stated, “Although this meta-analysis uncovered a few statistically significant relations between phases of the moon and behavior, it cannot be concluded that people behave any more (or less) strangely during one phase of the moon than another.” Again, most of the studies conducted and published do not support the idea that the full moon influences human behavior in any way whatsoever.