True or False: Honey is an effective cough suppressant? 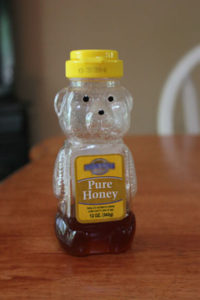 HOME REMEDIES FOR the common cold and other minor ailments often have great appeal because of reduced cost and decreased risk of side effects, which might not be the case with prescription medications. For decades, parents turned to over-the-counter cough medicines containing drugs such as dextromethorphan or diphenhydramine to relieve their children’s nagging coughs.

As parents of three, my wife and I have spent a fair number of near-sleepless nights consoling our restless children when they were suffering from hacking coughs. I remember making more than one trip to the grocery or drug store late into the evening hours to fetch cough medicines we thought would help.

That ceased in 2007, when the Food and Drug Administration questioned both the effectiveness and safety of these cough suppressants for young chil- dren. That’s when we started looking for a more natural remedy for our kids’ persistent coughing, and that’s when we first tried honey. As we talked to more parents, we learned that many of them used honey to help control coughing in sick children.

We discovered that honey really does work, and it has been verified in a number of published studies. One high-quality—in other words, randomized, double-blind and placebo-controlled—research investigation conducted by Cohen and colleagues (2012) and reported in the journal Pediatrics examined the effect of honey on nocturnal cough and sleep quality.

In the article, the authors conclude, “Parents rated each of the honey products more favorably than the silan date extract (placebo) for symptomatic relief of their children’s nocturnal cough and sleep difficulty due to upper respiratory tract infections (URI). Honey may be a preferable treatment of cough and sleep difficulties associated with childhood URI. In light of this study, honey can be considered an effective and safe treatment of children greater than 1 year of age.”

Caution: You should avoid giving honey to children under 1 year of age, as there is a risk of botulism.

Honey could help control coughing by coating the back of the throat, thus reducing irritation from persistent coughing. And honey has antioxidant as well as antimicrobial properties that might be beneficial. The sweet flavor of the honey could result in a child’s body creating more saliva, thus reducing the thickness of throat mucus.

One other caution: Some children are allergic to honey, as we learned when we gave our middle child his first-ever teaspoon of honey late one evening for his cough. His body’s reaction resulted in a trip to urgent  care.

We usually try to control a cough only if it is persistent or is disrupting sleep. All coughing isn’t necessarily bad; it is one way your body works to clear mucus from your  throat.

If you’ve never thought about using honey to help control coughing, I’d recommend giving it a try. It has really worked for our family. And if you’re feeling especially brave, mix it with a teaspoon of vinegar.