True or False – Men have a higher tolerance for alcohol than women?

This myth is very interesting. I asked a number of my friends if they thought men had a higher tolerance for alcohol, all said no.  They felt confident that men and women metabolize or oxidize alcohol the same way, at the same rate, etc.  In actuality, men and women are different in regards to how their bodies respond to alcohol.  First, men on average are a little bigger and have more body mass than women.  This additional body mass may allow a greater distribution of alcohol throughout the body in men, which would then result in a slightly lower blood alcohol content.  In addition to being bigger than women, men also have a greater percentage of muscle mass which means the water content of their bodies is higher. 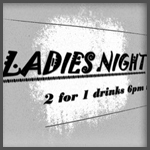 Men’s bodies are usually 55% to 65% water compared to 45% to 55% for women.  Since men have a greater percentage of muscle mass, women usually have a higher percentage of body fat compared to men.  Alcohol doesn’t dissolve in body fat, but it does in water.  This also allows for a greater distribution of alcohol throughout a man’s body and would result in slightly lowered alcohol content in the blood.  Possibly the most significant difference in how men and women metabolize alcohol has to do with an enzyme called alcohol dehydrogenase (ADH).  This enzyme actually starts to metabolize or break down alcohol in the stomach.  More alcohol leaving the stomach will ultimately result in a higher blood alcohol content.  Seitz et. al. (1993) conducted a study looking at ADH activity in men and women and concluded that “women exhibit a significant lower gastric alcohol dehydrogenase activity than men when alcohol dehydrogenase is measured at high ethanol (alcohol) concentrations.”