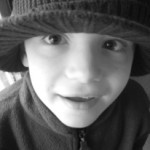 Hair loss can be a traumatic experience for both men and women.  Right or wrong, our society places a great deal of emphasis on appearance, and many people take pride in having a thick, full head of hair.  Hair loss is common in later life, especially among men; however, many individuals start to experience hair loss in their early to mid 20’s.  The hair care industry is a multi-billion dollar industry and a significant portion of the money spent on hair care is spent on products related to hair loss.  Discussions on hair loss and baldness have been occurring for a long time.  I ran across an interesting article entitled The Prophylaxis of Baldness, published in the Journal of the American Medical Association in 1903.  Our understanding of the cause of hair loss is much different today than it was in the early 1900’s.  It is not true that wearing a hat, even a tight hat, contributes to hair loss.  Some have speculated that this myth came about after men who entered the military noticed they started to lose their hair shortly after enlisting.  Many of these men felt their hair loss was related to wearing tight military hats and helmets.  In reality, their hair loss likely would have started to occur whether they joined the military or not.  I read a large number of scientific articles that addressed the causes of hair loss.  These articles identified factors such as genetics, skin diseases, nutrition, trauma, medications, and endocrine disorders as legitimate contributors to hair loss (there are many more).  However, not a single article mentioned the dangers of wearing hats.  An article published in Consumer Reports on Health stated “This myth may have arisen in part because people often wear hats to cover their balding heads.  And tight hats do not restrict blood flow in the scalp sufficiently to harm the hair follicles”.