True or False – Covering a wart with duct tape will usually make it go away? 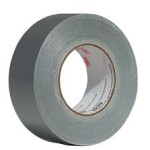 Warts are very common. Recently I had the chance to look at a wart on the thumb of one of my kids – he thinks they are really cool! When I was younger my mother used to take me to the dermatologist every 12 to 15 months to have a cluster of warts frozen or burned (with liquid nitrogen) off of my elbow. For the most part warts don’t significantly impact our daily activities. My son functions just fine, and at times I think he enjoys having something readily available to pick at. And even though my warts were a source of some embarrassment during my pre-teen years, I managed to make it through without lasting psychological damage. Many people choose to have their warts removed; however, about 70% of warts will go away on their own in 1-2 years even without any type of treatment. Some people chose to visit their doctor to have their warts frozen or burned off, and many others purchase a variety of over the counter wart removers. One home remedy that appears to be successful is applying duct tape to warts. Dr. Dean Focht and colleagues (2002) did a study where they compared using duct tape vs. freezing with liquid nitrogen. They found that at the end of the study 85% of the research participants who used duct tape had complete resolution of their warts vs. 60% of the participants who had their warts frozen off. The process usually involves applying duct tape over a wart for 5-6 days, then soaking the wart, and abrading the dead skin off the wart with a pumice stone or something similar.   This is to be repeated until the wart is gone. No one is sure why duct tape helps remove warts but the current thinking is the tape causes irritation around the wart which then stimulates the body to attack it.
Reference:
Focht D, Spicer C, Fairhok M: The efficacy of duct tape vs cryotherapy in the treatment of Verruca Vulgaris (the common wart). Archives of Pediatric and Adolescent Medicine (2002), Vol 156, pps. 971-974.