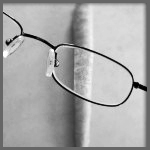 Proposed links between certain foods and improved eyesight have been discussed for hundreds and maybe even thousands of years.  When the focus is improving eyesight, carrots usually dominate the conversation.  Many mothers and fathers have told their children to eat their carrots because it would improve their eyesight, especially in the dark.  Truth be told, there is little to no evidence supporting the idea that eating carrots leads to better vision.  Supposedly this myth originated during WWII when Britain’s Air Ministry pilots started shooting down more Nazi bombers at night.  The pilots were relying on a new technology in their war efforts, Airborne Interception Radar, but the Air Ministry didn’t want the Nazi’s to know that.  To keep their secret safe, they purposely spread a rumor that their pilots’ improved vision was due to eating tremendous amounts of carrots.  Carrots are high in vitamin A, which is important for good eye health; however, vitamin A deficiency is relatively rare in industrialized nations.  Authors of one study (Smith et al., 1999) asked people about carrot consumption and seeing in the dark.  Surprisingly, they found that women in their study who said they ate more carrots reported higher rates of poor night vision.  It’s not likely that eating carrots negatively impacted vision in these women, but as the authors state “it is probable that people attributing poor driving ability to their vision may be eating more carrots in the hope of reversing this decline”.  My wife and I have both had Lasik eye surgery so we wouldn’t need to wear contacts or glasses.  If we thought we could have improved our vision by eating carrots that would have been the first thing we would have tried! 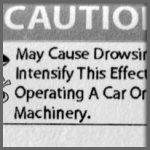 You slowly push yourself away from the table after having just completed your third heaping plate of Thanksgiving dinner.  The meal included mashed potatoes, gravy, stuffing, cranberry sauce, three bean salad, homemade bread, pumpkin pie, ice cream, wine, and of course lots of turkey.  You slosh your way over to the sofa where you settle in and get comfortable.  Your intention is to watch some Thanksgiving Day football.  However, even with nearly a dozen kids running crazy through the house rambunctiously reenacting scenes from Star Wars, you drift off to sleep in a matter of minutes.  An hour and fifteen minutes later, after getting struck by a misguided light saber strike, you wake up and realize you missed the entire fourth quarter of the game.  Of course the blame for drifting off into the dream state is immediately directed at the turkey, which we all know is laced with that evil substance tryptophan.  Tryptophan is an amino acid and is a precursor (helps make) serotonin.

Serotonin can be converted or turned into melatonin which has been shown to cause sleepiness and drowsiness in humans.  Research has shown that giving humans L-tryptophan (Charney et al, 1982) can increase feelings of drowsiness.  However, it is widely believed that tryptophan doesn’t act on the brain unless it is consumed on an empty stomach and there is no protein present in the gut (there is lots of protein in turkey).  Additionally, there is not enough tryptophan in turkey to cause you to become sleepy.  There is also tryptophan in eggs, beans, cheese, beef, pork, lamb, chicken, milk, barley, brown rice, fish, and peanuts, yet none of these foods are credited, or blamed for inducing sleep.  Experts agree that one of the reasons we become sleepy after we eat a big meal is blood is diverted from the brain and other parts of the body to the stomach to aid with digestion. 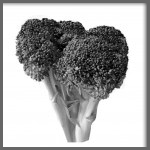 There is no question that consuming more fruits and vegetables in our diets results in a variety of positive health benefits.  It is recommended that we consume between 8 and 10 servings a day, but in reality most adults consume between 2 and 4 servings.  Freezing fruits and vegetables for resale started to occur on a large scale basis in the mid to late 1920’s, and articles written on the health aspect of these products started to appear in the early 1930’s.  When many people think of “fresh” fruits and vegetables they think of what they see and buy in grocery stores.  In reality, the produce sold in grocery stores may not be that fresh.  Consider that produce must be picked (often before it is ripe), then sometimes stored for a day or two, transported (sometimes for thousands of miles) to a grocery store where it again might sit in storage for a day or longer.

Sometimes chemicals are added to produce to finish the ripening process, and then it is placed on the shelf for purchase, where again it might sit for a day or longer.  This entire process can easily take 1 to 2 weeks and can lead to significant nutrient loss.  In contrast, frozen fruits and vegetable are often picked at their peak of ripeness (the time when they are most nutrient packed) and frozen within hours, theoretically locking in many of those nutrients.  One study which examined antioxidants in fresh and frozen vegetables was published in the Journal of Food Science (2008).  The authors concluded “the assumption that frozen vegetables have a lower antioxidant potential than fresh ones is not a universal truth, but depends on the vegetable considered” and “frozen cooked vegetables often present a higher antioxidant activity than the corresponding fresh ones”.