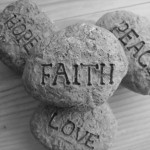 True or False – Antibacterial soap is superior to regular soap in preventing illnesses? 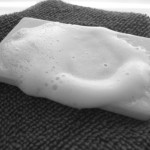 Antibacterial soaps have become incredibly popular over the past five to ten years.  It can actually be slightly overwhelming to walk down the soap isle at your shopping market and see all of the antibacterial soap choices available.  Roughly between 70 and 75% of soaps available for purchase have “antibacterial” someplace on the label.  This, as well as wording like “kills up to 99.9% of bacteria” may help explain why these soaps have grown in popularity.  But the question still remains – are antibacterial soaps any better at killing germs than good old fashioned soap and water?  Most of the research on the topic is suggesting no.  Allison Aiello and colleagues (2007) published a review article in the journal Clinical Infectious Diseases in which they examined the results of 27 studies on this topic.  The authors concluded “Collectively, the microbiological efficacy studies strongly suggest that concentrations of triclosan used in consumer liquid hand soaps do not provide a benefit over plain soap for reducing bacterial levels found on the hands.”
Triclosan is the major antibacterial agent in antibacterial soaps.  There are even some studies that suggest triclosan may contribute to resistant strains of bacteria and kill healthy bacteria on the skin.  Additionally, in 2005, an FDA advisory group studied this topic and came to the conclusion that there is no evidence that antibacterial soap is superior to regular soap.  It certainly is important to wash our hands, especially when we are sick, if we are cooking and handle raw meat, and after we go to the bathroom.  However, most of us do a pretty horrible job when it comes to washing our hands.  Proper hand washing technique calls for first wetting the hands, lathering the hands with soap for a minimum of 20 seconds, and then rinsing your hands for another 10 seconds.  Next time you wash your hands; see how long it really takes you!
Reference:
Aiello A, Larson E, Levy S: Consumer antibacterial soaps: effective or just risky? Clinical Infectious Diseases (2007), Vol 45, pps. S137-S147.

True or False – The flu shot can cause the flu?

Every year the flu season comes around and every year you have to make a decision of whether or not you are going to get vaccinated.  If you have children, you also need to decide if you will get them vaccinated or not.  Trust me when I say that can be a traumatic experience!  I’ve also learned that flu shots can be a very sensitive issue for lots of people.  The Centers for Disease Control and Prevention (CDC) estimate that roughly 200,000 people are hospitalized and 36,000 people die from the flu annually.  The CDC offers a great deal of information about the flu as well as information about the types of flu vaccines offered.  There basically are two types of flu vaccines available.  The first is the flu shot, sometimes referred to as trivalent inactivated influenza vaccine.  The flu shot is considered “inactivated” because it contains killed flu viruses.
The second type of vaccine is the flu mist or nasal spray.  You will sometimes see this type of vaccine referred to as live attenuated influenza vaccine.  The spray or mist is considered “live” because it contains live, but weakened flu viruses.  Both vaccines have been approved by the Food and Drug Administration and neither of the vaccines will result in you getting the flu.  The live attenuated vaccine is newer (only commercially available since about 2003) than the inactivated vaccine, however, some people can be hesitant to get the flu spray or mist because they are worried about the “live but weakened” nature of the vaccine.  A very nice article by Tosh et al., (2008) describes how the live attenuated vaccine is both a safe and effective vaccine.  So, why do you sometimes feel like you get the flu after you get a flu shot?  The body can sometimes experience an immune response to a flu shot which can result in flu like symptoms.  These symptoms can include muscle aches, headache, fever, cough, and a sore throat.
Reference
Tosh P, Boyce T, Poland G: Flu myths: dispelling the myths associated with live attenuated influenza vaccine. Mayo Clinic Proceedings (2008), Vol 1, pps. 77-84.