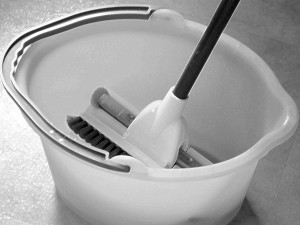 True or False: Cancer rates have increased dramatically over the past ten years? 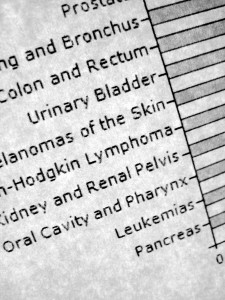 Cancer is a disease whereby cells divide and grow abnormally, often spreading throughout the body and invading other organs and tissues. According to the National Cancer Institute (NCI), there are over one hundred different types of cancers with the main categories being 1) carcinoma, 2) sarcoma, 3) leukemia, 4) lymphoma and myeloma, and 5) central nervous system cancers. Most people know someone who has battled or is currently battling cancer. It is not surprising that most people mistakenly believe that cancer rates are on the rise, but just the opposite is true. The National Cancer Institute’s Cancer Trends Progress Report for 2009/2010 reveals that death rates for lung, breast, prostate, and colorectal cancers, the four cancers that occur the most frequently, are on the decline. In fact, death rates for all cancers combined continue to go down. The report indicates that the number of people getting cancer has continued to go down since about 2000. Historically speaking, the incidence of cancer increased from the mid 1970’s to about 1990, then leveled off for the next ten years or so, and has been on the decline since. It is important to note that rates for some cancers are on the rise. Those would include esophagus, pancreas, liver, bile duct, testis, kidney, leukemia, thyroid, melanoma of the skin, and childhood cancer. Cancer is the second leading cause of death in the United States; heart disease is the first. The Centers for Disease Control and Prevention reported that in 2007, 616,067 people died of heart disease and 562,875 people died of cancer. The NCI report also stated that blacks had the highest rate of new cancers, followed by whites, with lower rates for Hispanics and Asians. If you want to try and reduce your risk of getting cancer, avoid smoking, eat a healthy balanced diet, engage in regular physical activity, and maintain a normal weight.

True or False: People who drive red cars get pulled over more often?

Every time my wife and I contemplate buying a different vehicle, we spend a lot of time walking around car dealerships and examining our many options. The first thing I usually notice when looking for a new car is the price tag. My reaction is often one of sheer horror—followed by disbelief—and this question: can that really be the correct price for this vehicle? Shortly after the sticker shock wears off, I take a good look at the color and ask myself: is this a color I can tolerate for the next five or even ten years? Inevitably, we come to a shiny red car and I have to sit in it, just for fun. I’ve always believed the old saying that red cars get pulled over more often for speeding. Just sitting idly in the showroom, they look fast. It turns out that there has not been a lot of research examining whether the color of vehicles impacts the frequency at which the drivers of those vehicles get stopped and/or ticketed. However, the little research that is available suggests that this is just an old wives’ tale or urban legend. Newman and Willis (1993) conducted the only published study I could find looking at car color and the chance of getting a speeding ticket. These authors monitored speeding tickets over a twenty-two month period and compared the frequency of tickets by car color to the frequency of cars on the road with those colors. They found that red cars get ticketed about the same amount as gray and brown cars. About ninety-five percent of the tickets in this study were the result of using radar, and many times when radar is used the speed is already obtained before an officer notices the color of the car. Some think that red cars give the appearance of going faster; there really is no good scientific evidence for this either. So go ahead and buy the bright shiny red car without fear of being pulled over and ticketed more often.