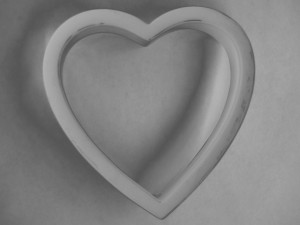 ately refer to dogs as man’s best friend. I’ve grown up with dogs and have always had dogs in my life, so I would wholeheartedly agree with that statement. Dogs provide us with companionship, help seeing-impaired individuals safely navigate streets and sidewalks, and help farmers and ranchers herd sheep and cattle; dogs are also used to locate missing persons and detect things like drugs and bombs (a dog’s sense of smell is estimated to be 10,000 to 100,000 times more sensitive than a human’s). Recently, I had a chance to spend some time with a gentleman (Mike) from England at an outdoor archery range. Mike happened to have epilepsy and always traveled with his dog. I learned that day that Mike’s dog could warn Mike before he was going to have a seizure. Usually the warning (barking) came two to five hours before a seizure occurred, and Mike said his dog was right one hundred percent of the time. I was truly amazed! It now appears that dogs may also start being used to help detect cancer. A study by McCulloch and colleagues (2006) published in the journal Integrative Cancer Therapies examined whether dogs could be trained to detect cancer simply by sniffing someone’s breath. Due to increased oxidative stress, cancer cells emit slightly different waste products than normal cells. The results of the study suggest that dogs can be trained to smell cancer with high degrees of sensitivity and specificity. The authors concluded that “training was efficient and cancer identification was accurate; in a matter of weeks, ordinary household dogs with only basic behavioral ‘puppy training’ were trained to accurately distinguish breath samples of lung and breast cancer patients from those of controls.” The dogs used for the study were Portuguese water dogs and Labrador retrievers, but the ability to be trained to detect cancer is probably not breed specific.