True or False – Marijuana gives you the munchies? 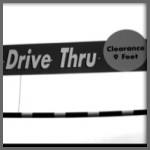 Marijuana (also known as Cannabis) has been grown and consumed for thousands of years.  There are reports that marijuana was used as early as 300 AD in India to help stimulate the appetite in individuals who for whatever reason had lost the desire to eat.  Keep in mind that using marijuana is illegal, unless prescribed by a physician (currently 13 states have legalized medical marijuana use).  Marijuana has been shown to be an analgesic (pain reducer), has been used in the treatment of glaucoma (lowers intraocular pressure), and helps relieve nausea and vomiting.  Early studies that were conducted in the 1930’s which examined whether marijuana stimulated appetite, were not always high quality studies.  However, as the recreational use of marijuana increased in the 1960’s so did the interest in conducting high quality studies (e.g., studies that used control groups and attempted to standardize the doses of marijuana consumed).  Most of the studies conducted support the idea that marijuana does in fact give you the munchies (stimulates appetite).  The authors of one study (Cota et. al., 2003), which was published in the International Journal of Obesity state “Despite the public concern related to the abuse of marijuana and its derivates, scientific studies have pointed to therapeutic potentials of Cannabinoid compounds and have highlighted their ability to stimulate appetite, especially for sweet and palatable food”.  This may be why marijuana use is thought to be helpful for patients with decreased appetites due to illnesses such as AIDS or late stage cancer, and it may be the reason people joke about taking late night runs to Taco John’s after consuming marijuana.  It is believed that the active ingredient in marijuana (THC) is similar to chemicals in the body which are released when your stomach is empty with the purpose of telling the brain it is time to eat.