True or False – Pesticide residue on foods cause cancer? 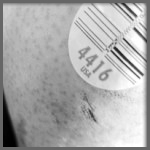 There is no question that pesticides are dangerous.  After all, the purpose of pesticides is to kill pests.  Millions of people each year get sick from pesticide exposure and thousands are killed.  However, most of those who get sick do so because they work with (e.g., produce, transport, apply) pesticides and not because they are exposed to pesticides on the foods they eat.  Some people take the idea of pesticide residue on foods very seriously.  I realized this one afternoon as I watched a woman at a park rinse and carefully wipe off grapes one by one before she ate them.  Survey research tells us that many people believe that pesticide residue on food increases their risk for cancer.  Pesticides are strictly regulated.  The Environmental Protection Agency sets safety standards, known as tolerances, for how much pesticide residue can be on foods.  The California Department of Pesticide Regulation (CDPR) reports that most crops are treated with pesticides.  Those pesticides not only allow farmers to grow crops in areas that might not otherwise be suitable, they also result in higher crop yields, and extend shelf life of products.  The CDPR also report that there is no pesticide residue on about 60% of the produce they test and that only about 1% of their test samples have pesticide residue levels that are too high.  They also state that years of monitoring show that most fruits and vegetables have little or no detectable residue by the time they reach market, and even less by the time they are washed and served.  Lois Gold and colleagues (1997) in an article titled Pesticide residues in food: investigation of disparities in cancer risk estimates state “Using standard methodology and measured dietary residues in the total diet study, the estimate of excess cancer risk from average lifetime exposure to synthetic pesticide residues in the diet appears to be less than one-in-a-million for each of the ten pesticides for which adequate data were available.”